Last night was a blast at the Women In Technology (WIT) Women of the Year in STEAM Awards Gala!  We dressed up, celebrated the accomplishments of many great women around the city, ate great food, took some silly pictures (and some serious ones too), saw old friends, and made some new ones.  It was the first time I have attended this event and it certainly won’t be the last.

As a white man, I know little of what it means to be a minority in the United States and around the world.  I know even less about what it means to be a woman in the historically male-dominated world of technology.  In my career, I never organically gravitated my time and interests with professional women’s organizations like WIT because I didn’t know what role I would have in them.  It wasn’t that I wanted a leadership role or some sort of recognition within a group like this, I just didn’t know where I would fit in and what purpose I had in being involved. Last night at the WIT gala, I realized what my role is and its importance in our business and community.

WIT empowers girls and women to excel in science, technology, engineering, the arts, and math (STEAM) from the classroom to the boardroom.  They intersect across education, industry, and government and are critical for the important advancement of women in these fields.  As I think about the differences in education and sponsorship available to my mother’s generation (Baby Boomer) and my daughter’s generation (GenZ), the gaps are wide in some areas and still suffocatingly narrow in others.  Barriers to women in STEAM still exist and we (men) need to look for these barriers and help to remove them every chance we get.

I was recently referred to as an “ally” of women and a big supporter of the advancement of women in technology.  While the reference was flattering, I felt a little like a fraud because I am not sure what I had done to deserve the ally branding.  While searching for a common definition of allyship, I came across a quote by Gerard Roman, “Being an ally is beyond being sympathetic towards marginalized individuals. It is more than just believing in equity. Being an ally means acting in pursuit of ending oppression and creating equity and inclusion for all.”

By Roman’s standards, allyship requires two things: belief and action.  If I choose to be an ally, then I need to make the cause my own and integrate it into my personal belief system.  In order to do that, I have to be willing to be educated in areas in which I am ignorant and learn from others.  So… what is the most important job for a man to do in an organization that supports the empowerment of women? Listen and learn.

As men, we must listen and learn how to best support women in the workplace and create space for them to lead.  When we are invited to their conversations and events, we need to show up consistently and actively support the advancement of women and girls in STEAM.  We need to listen to women tell their stories and applaud their accomplishments both big and small.  We may not agree with (or even understand) the approach, style, program, or platform, but that’s ok.  Not every event or discussion has to take our point of view into consideration.  As an ally-in-training, I hope to learn every chance I get what it means to walk in your shoes (or flip-flops for those of you who were there last night!).  Thank you for inviting me to be a part of your amazing night and celebrate alongside each of you. 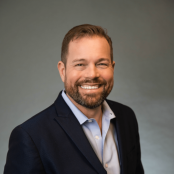 Author: Chris Stanzione
Chris Stanzione is the Managing Partner and co-founder of 360 Talent, a recruiting services firm in Atlanta, GA. You can connect with Chris on LinkedIn, Instagram, and TikTok. You can also reach Chris the old-fashioned way at Chris@360talent.io.
Case Study: Recruiting Partnerships

how can we help you?

Contact us to discuss how 360 Talent can help you or your company find great talent or your next career opportunity.